A businessman, Shehu Mohammadu, was on Thursday docked at a Jos Upper Area Court in Plateau for allegedly fondling a lady’s breast in public.

Mohammadu, 44, was arraigned for committing acts of gross indecency publicly.

The Prosecutor, Insp. Ibrahim Ashir, told court that the accused publicly touched the breasts and buttocks of the 24-year-old lady without her consent.

Ashir told court that the offence was committed in the Toro Local Government Area of Bauchi State on Sept. 5 and that the case was reported at the C- Division Police Station in Jos by one Mamuda Isa.

He said that Isa, the leader of a vigilance group, said that Mohammadu was arrested by the group. 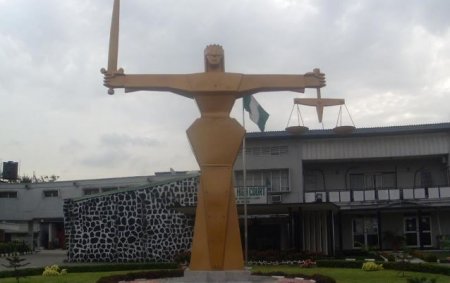 The prosecutor said that the vigilance team caught Mohammadu fondling the lady publicly, while the lady resisted and was calling for help.

The accused, however, denied the charge and pleaded not guilty.

The prosecutor said the offence was punishable under Section 285 of the Penal Code.

Judge Yahaya Mohammed ordered the remand of the accused in prison custody and adjourned the case until Oct. 29 for hearing.