Rev. Samson Olasupo Ayokunle, the outgoing Vice President of the Christian Association of Nigeria, CAN, and president of Nigerian Baptist Convention, yesterday won the first round of the CAN presidential election, defeating his only rival eight votes to two.

According to Vanguard, the CAN Electoral College which sat yesterday to screen the nominees for the election, said Rev. Ayokunle who is representing the Christian Council of Nigeria (CCN) polled eight votes against his only rival, Prof. Joseph Otubu of the Organization of African Instituted Churches (OAIC) who scored two votes. 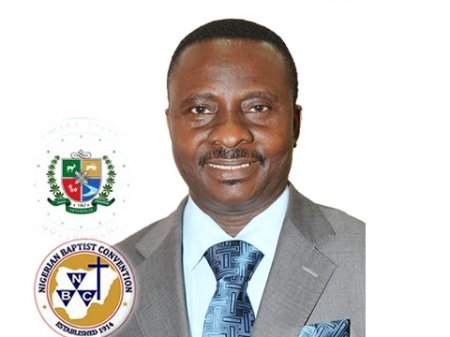 According to CAN constitution, the Electoral College headed by erstwhile Chaplain to two Nigerian presidents and Head, Aso Rock Villa Chapel, Rev. William Okoye is expected to screen the nominated candidates and recommend two of them for the National Executive Council for election. The Catholic Secretariat of Nigeria, CSN and the Christian Pentecostal Fellowship of Nigeria/Pentecostal Fellowship of Nigeria, CPFN/PFN, which nominated the outgoing president, did not present candidates for the election.

Metro 2019 Election: ‘We will not endorse any presidential candidate’ – CAN – YabaLeftOnline