The umbrella body of Christians in Nigeria, the Christian Association of Nigeria, CAN, last night protested the attempt by the current All Progressives Congress, APC, government to subtly enlist Nigeria among Arab nations to fight ISIS.

It was reported on foreign news that Saudi Arabia was building a coalition of 34 Muslim/Arab countries to fight ISIS and Nigeria was named among the 34. 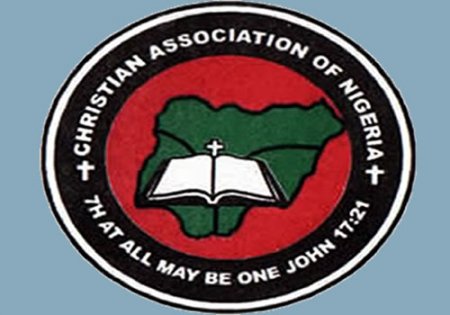 A statement late last night by the General Secretary of CAN, Rev. Musa Asake, said: “This singular gesture of the Buhari government betrays so much, and tends to confirm our fears that underneath everything this government is doing, there is an agenda with strong Islamic undertones, aimed at undermining Nigeria’s pluralistic character and neutrality regarding government’s affiliation to any one religion.

“While joining hands with other countries to fight ISIS is something good, our country must not be tagged as a Muslim or Arab nation. Christians must make a public statement showing their discontent on this development which portends great danger to national unity and integration.”

useless Gov. Nigerian is now islamic contry , becos buhari is president , why them not caunt nigerian as there contry last year, soon buhari will live the seat,,,