Arsenal have been knocked out of the Capital One Cup competition after succumbing to a 2-1 defeat to Southampton at the Emirates.

It is the first time in twelve years that Arsenal will be exiting in the third round of the League Cup.

Arsenal opened the scoring on the night from a fantastic free kick taken by Alexis Sanchez which left the goalkeeper Fraser Forster with no chance at all to save it.

Vintage Arsenal in the match but Southampton came back stronger and took the initiative from where Arsenal left it.

Dusan Tadic equalised for the Saints from the spot,belting a penalty to level the scores at 1-1.

Southampton went in front in the match through a phenomenal 30-yard strike from Nathaniel Clyne that put his side 2-1 up going into the break.

Arsenal pressed for an equaliser but Fraser stood tall and repelled everything thrown at him.

Lukas Podolski and Tomas Rosicky all started the game,so it wasn't about Arsenal lacking quality in their line-up,it was a dogged Southampton doing a brilliant job on the night.

A positive for Arsenal will be seeing Abou Diaby last past the hour mark in the game,which will surely be a boost for them as he will be providing cover for those on the treatment table with injuries.

Meanwhile,in the one of the other League Cup games played on Tuesday,Liverpool survived quite a scare to beat Middlesborough and qualify for the round16.

Brendan Rodgers' team played one of the most pulsating penalty shootouts in history,beating Borough 14-13.

With the game ending 2-2 after extra time,both teams went through the rigours of penalties to settle for a winner,and it had to be done the hard way with all the players on the field taking penalties before Albert Adomah missed his second kick. 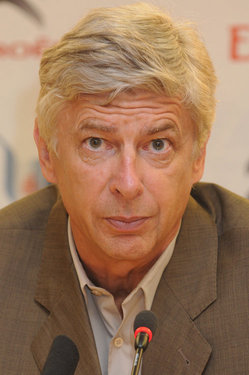