Politics Caption This PHOTO: What Is Obasanjo Whispering to Buhari?

Yesterday, regional and Western powers gathered in Nigeria to discuss their war with Boko Haram, as the United Nations said the group posed a major threat to security in West Africa.

Leaders from Benin, Cameroon, Chad and Niger were among the delegates, alongside French President Francois Hollande, and high-ranking diplomats from the US, UK and the European Union.

After the summit, this picture surfaced on social media, where Obasanjo was seen whispering to President Muhammadu Buhari and the French president spy on them .

Can you guess what he is telling him? 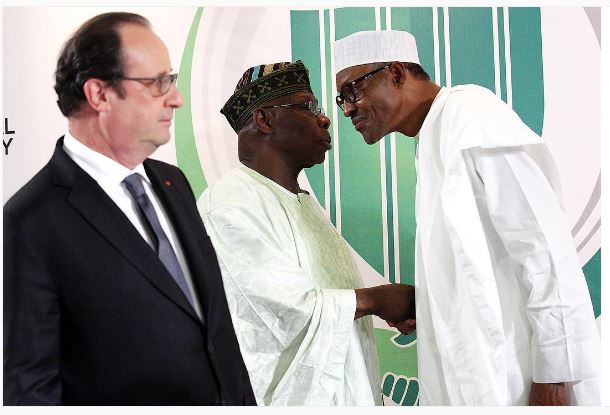 Ol' soldier, I get native fowls to sell to your extreme poor Nigerians o! No trust all dis oyinbo chicken!