The Central Bank of Nigeria (CBN), on Monday intervened with another sum of $250 million Its continuing efforts to keep the inter-bank foreign exchange market liquid.

A breakdown of Monday’s intervention indicates that the wholesale sector was offered the sum of $100 million, just as the Small and Medium Enterprises (SMEs) window received a boost of $80 million.

Those requiring foreign exchange to address needs such as Business/Personal Travel Allowances, school tuition, medicals, etc. were allotted the total sum of $70 million.

The Bank’s Acting Director in charge of Corporate Communications, Isaac Okorafor, who disclosed this, reiterated that the interventions had ensured stability in the market, even as he stressed that the apex bank remained committed to maintaining transparency in the market. According to him, the banking watchdog had taken measures to check the activities of speculators and shield the currency from attacks, while also maintaining the international value of the Naira. 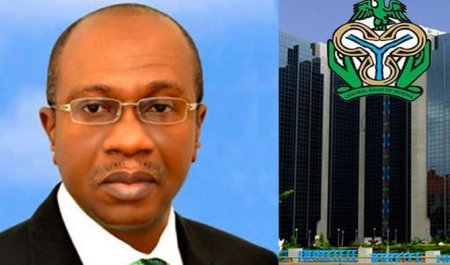 While giving assurance that authorized dealers had enough funds to meet the foreign exchange needs of customers, Okorafor urged all to adhere to the extant guidelines on the sale of forex in the Nigerian forex market. He therefore advised those in genuine need of forex to continue to approach their respective banks for purchase.He said the apex Bank remained very optimistic that the Nigerian currency will fare strongly against other notable currencies around the world.

On the convergence target of the CBN between the forex rates at the inter-bank and the Bureau de Change (BDC), he said the goal would be attained if all stakeholders played by the rules.