The Central Bank of Nigeria has announced the continuation of the Bank Verification Number (BVN) registration of bank accounts despite the expiration of the deadline on Saturday, October, 31. 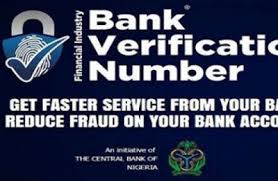 The spokesman of the CBN, Ibrahim Muazu speaking to newsmen yesterday November 1st, said although the exercise still continues, customers who failed to register before the expiration date will not be able to access their accounts until they do their registration.

He added that people that hadn’t registered would now lose access to their bank accounts until they did.