The Code of Conduct Tribunal (CCT) would between December 6 and 9 relocate to Akwa Ibom for the trial of 50 public officers in the state who allegedly breached the code of conduct ethics.

Mr Danladi Umar, Chairman of the tribunal, disclosed this in a statement on Wednesday in Abuja. According to him, those to be tired include:

Local Government Councillors who served between 2008 and 2009. 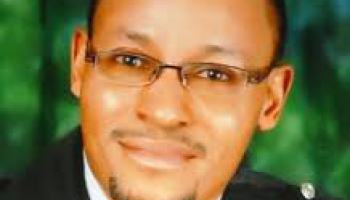 “The tribunal’s itinerant session helps to clear up backlogs of cases in the zone within the period of the session. “It also makes legal services at the door step of the defaulters, particularly the low-ranking public officers and as well serves as a means of publicising the activities of the tribunal within the zone.

“The essence is to further strengthen relationship between CCT and the hosting state, whose infrastructure and other logistics would be used for the session,’’ he said.

curator said:
does anyone still believe this court has any credibility or is it just a waste of money
Click to expand...

I think they can still scare the State officials if and only the State government supported the move.

RemmyAlex said:
I think they can still scar the State officials if and only the State government supported the move.
Click to expand...

What have they done till date?
P

siteadmin said:
What have they done till date?
Click to expand...

It has convicted former Niger Delta minister, Godsday Orubebe and Senate Presient, Saraki is still in its net.