Curators
Jupp Heynckes’s Bayern Munich will on Wednesday night clash with Sevilla at the Allianz Arena in the second leg of the UEFA Champions League quarter-finals match.

Heynckes’s men won the first leg 2-1 in Spain last week and will hope to beat Sevilla so as to qualify for the semi-finals of the competition.

Bayern heads into this clash on form after wrapping up the Bundesliga title at the weekend.

James Rodriguez was in inspired form on Saturday for the Bavarian, scoring a goal and an assist to help Bayern to a 4-1 victory against Augsburg, a win that confirm a sixth straight Bundesliga title with five games remaining. 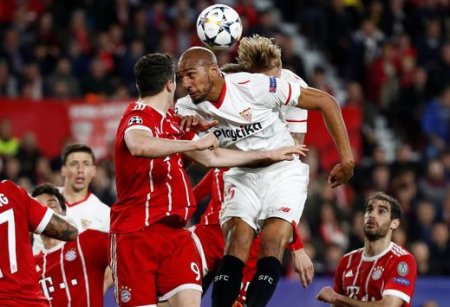 Sep 8, 2022
ese
E
K
Sports Champions League: All the teams that have qualified for Round of 16 so far – Daily Post Nigeria