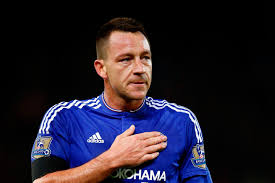 Terry's deal is up in the summer, and the club's most decorated captain revealed at the start of February there was no new offer on the table.

A Chelsea statement at the time said "the channels of dialogue" would be kept open, and the former England skipper is now considering the offer of a 12-month extension

A Chelsea spokesperson said: "(Director) Marina Granovskaia and (chairman) Bruce Buck met with John and his agent this week and offered him a one-year contract extension.

"With it coming so late in the season, this is a big decision for John and his family and it is something that they are now considering."

Terry, 35, has made 703 appearances since his Chelsea debut in October 1998 and has always made it clear his priority is to remain at Stamford Bridge before the summer.