Chelsea manager Jose Mourinho has revealed that Diego Costa cannot be playing multiple games in quick succession because of his injury concerns.

The Spaniard has dodgy hamstring issues,and it is understood that Chelsea are managing it in order not to have him out on a long-term.

Costa was a second half substitute in Chelsea's 1-1 draw against Schalke 04 on Wednesday,replacing Didier Drogba in the 74th minute.

"If he has one week to let the muscle recover he can start."

"It was not to protect Costa for the game on Sunday, it was because he was not in condition to start the game," added Mourinho.

"Playing on Saturday, three days is not enough for him to recover."

Costa has hit the ground running in England,scoring seven goals in four matches in the English Premier League. 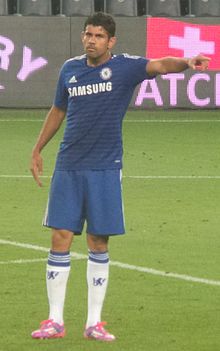 The risks were quite glaring when the Special One chose to sign him. Let's see how much longer he can go before picking up a knock

Money Online Slots Themes that are popular with players