No fewer than 200 of the original 300 schoolgirls kidnapped from their dormitory in April 2014 are believed to still remain in the custody of the terrorist group, Boko Haram.

According to President Muhammadu Buhari in his maiden Media Chat on radio and television last Wednesday said that government had no intelligence on the whereabouts of the schoolgirls. 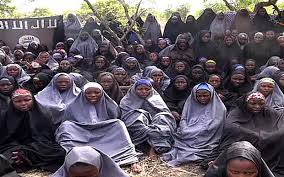 He promised to negotiate with the Boko Haram leadership if there is evidence showing where the girls are.

Online news platform, The Cable, quoted Salkida asking Buhari to use state machinery to open up access to the militants rather than say he has no clue on the kidnapped girls whose abductions sparked off the #BringBackOurGirls campaign.

“Most of the Chibok girls, whether they are split into groups or not, are alive, multiple credible sources have told me. And if a deal to release them will weaken national security and endanger the entire country, then the federal government shouldn’t make a deal,” Salkida said.