China has offered Nigeria a loan worth $6 billion to fund infrastructure projects, the Nigerian foreign minister said on Tuesday.

The announcement came as both countries signed a currency swap deal to boost trade. Nigeria has been in talks with China on an infrastructure loan for months, Reuters reported.

Nigeria is Africa's largest economy and its top oil producer. But its public finances have suffered as the price of crude oil dropped around the world. 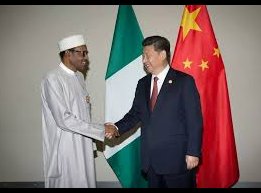 "It is a credit that is on the table as soon as we identify the projects," Nigerian Foreign Minister Geoffrey Onyeama told reporters after Buhari met Chinese President Xi Jinping. "It won't need an agreement to be signed. It is just to identify the projects and we access it."