Curators
The term "Christian" is a relatively broad term, with approximately 78 percent of Americans identifying themselves as such. Specific beliefs vary from denomination to denomination, even person to person, but core values and principles often remain the same from one church to another. 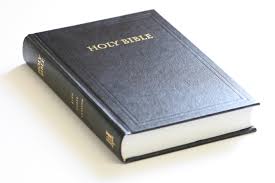 Below are a few Christianity fast facts about eight Christian beliefs:


1. ONE GOD: Christianity is founded on the belief that there is one God composed of three distinct persons: God the Father, Jesus Christ his Son, and the Holy Spirit. They serve distinct purposes but are one as a deity.


2. GOD CREATED THE WORLD: Christians believe God created the world in six days, resting on the seventh. They believe man is His most prized creation.


3. GOD'S SON IS Jesus: Jesus Christ is God's Son and the only way to salvation and forgiveness of sins. Christians believe he was sent to earth, born from a virgin, was crucified, and rose from the dead in three days so that man's sins could be forgiven once and for all.


4. THE BIBLE: Christians' holy book, the Bible, is believed to be God's inspired word, a historical document, and a guide for faithful living.


5. SIN: Christianity teaches that all people are born into sin and no one is good enough to earn salvation. It's this sin that separates mankind from God with whom they can only be forgiven and justified through belief in God.


6. SALVATION: This can only be achieved through repentance of sins and belief in Jesus Christ and His death and resurrection. Only then can Christians have a relationship with God that was only made possible through Christ's sacrifice.


7. AFTERLIFE: Most Christians believe in a Heaven and Hell, eternal destinations for those who have been saved and those who are not, respectively. Heaven is a paradise reserved for believers and Hell a place of torment for those who have rejected God.


8. ANGELS AND DEMONS: It is believed that there are beings, created by God, that influence mankind. Angels strive to further God's purpose and message and demons' goal is to lead people away from God under the leadership of Satan or the Devil. Many believe the two armies are constantly at war for the souls of humanity.

M
Metro Nigerian Pastor Declares That Homosexuality Is Not A Sin