Politics Count Me Out Of Your Conference – IBB Tells PDP

Former military president, General Ibrahim Babangida, yesterday dismissed insinuations that the Peoples Democratic Party, PDP, was wooing him for 2019 presidential election as its candidate, saying that he has no such intention as he would clock 78 by 2019.

Reacting to his appointment as Chairman of the proposed PDP National Conference slated for tomorrow, Babangida urged the PDP to count him out of the conference saying that he had quit partisan politics four years ago when he marked 70 years. He said he had friends in the PDP and the All Progressives Congress, APC and playing the expected role would amount to partisanship.

Meanwhile, PDP Acting National Chairman, Prince Uche Secondus, yesterday admitted that the party made mistakes in the past and begged Nigerians for forgiveness. 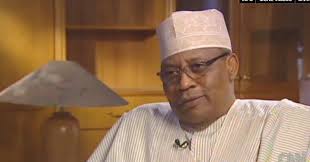 Secondus, who spoke yesterday when he met with leaders, stakeholders, elders of PDP, led by former Senate President Ken Nnamani, said that politics was about the people and election.

According to him, Nigerians should forgive the party for the many mistakes it made while in power, assuring that PDP was repositioning and restructuring for the youths to take over and deliver on the vision and mission of the founding fathers.

At the meeting yesterday, were former PDP governors, former ministers, special advisers and governorship candidates, among others.

General Babangida, in a statement he personally signed and tagged PDP Rebranding Conference: Count me out, said: “I wish to make some clarifications concerning the invitation extended to me on the scheduled PDP rebranding conference slated for November 12, 2015, aimed at repositioning the party after its poor outing at the last elections.

“While I welcome the invitation to the event as a mark of respect as one of the founding fathers, I want to be excused on the grounds that I have long bid bye to partisan politics.