Kebbi State Accountant-General, Mohammed Dakingari, has been sentenced to 70 years imprisonment for fraud.

The Court of Appeal sitting in Kebbi on Friday found Dakingari guilty of N1.6bn fraud and overruled an earlier judgment of the state High Court which discharged and acquitted him on 20 counts of conspiracy and obtaining by false pretence preferred against him and one other by the Economic and Financial Crimes Commission.

The court, therefore, sentenced him to seven years imprisonment each on 10 of the counts preferred against him.

He, among other things, used his office as the state’s Accountant-General for personal enrichment to the tune of N1.6bn.

Dakingari was charged alongside Musa Yusuf, the Managing Director, Beal Construction Nigeria Limited, company owned by him (Dakingari) and used in award various contracts to himself. 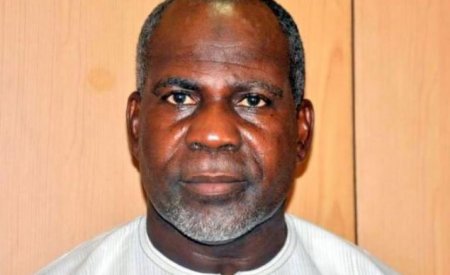 Findings by the EFCC at the Corporate Affairs Commission showed that Mohammed Bashir Mohammed, Anwal Sadat and Nasir Mohammed, all sons of the Accountant-General, and two of his brothers – Abdullah Mohammed and Habibu Mohammed – are directors of the company.

The construction company operates two accounts at EcoBank and Unity Bank with Dakingari and Yusuf as signatories to the accounts.

The EFCC discovered that Dakingari had two signatures, one in his official capacity as Accountant-General of the state and the other as the owner of Beal Construction Company Limited.