SaharaReporters investigation has revealed that the Dana Air aircraft, which skidded off the runway earlier in the week was 27 years and 3 months as at the time of its crash.

The aircraft, an MD83 with the registration number 5N-SRI was manufactured in November 1990 and was among the oldest aircraft in the fleet of the airline.

The investigation indicated that the aircraft was previously used by Alaska Airlines in the United States under the registration number N947AS and was delivered to the airline on December 7, 1990 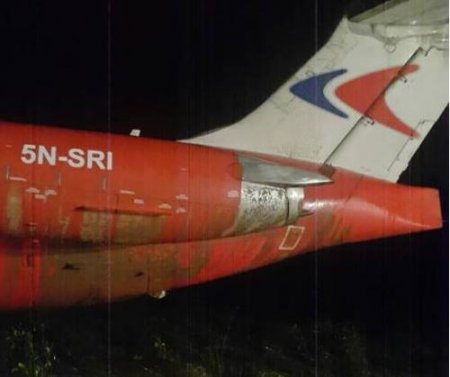