Alhaji Aliko Dangote, the Chairman, National Committee on Flood Relief and Rehabilitation, says it has provided N250 million as relief assistance to victims of the devastating flood in Benue.

Dangote said on Sunday in Lagos that this was in response to the request by the Benue State Government.

He said that the committee had also approved the release of one of its completed IDP Hostels in the state as a temporary shelter for some of the displaced people.

The former President Goodluck Jonathan had on Oct. 11, 2012, inaugurated the Dangote-led 34-member National Committee on Flood Relief and Rehabilitation.

The committee was charged with raising of additional funds to support the government’s efforts to provide adequate relief and post-impact rehabilitation to persons and communities affected by floods in the country.

Dangote said the State Emergency Management Agency (SEMA) had disclosed that more than 110,000 people in 24 communities, including Makurdi, were displaced by the recent flood in Benue.

The committee chairman said that asides the donation to Benue, his committee had also donated N150 million to provide relief assistance to flood victims in Anambra, 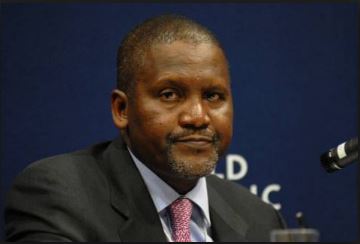 Dangote, in a statement by Mr. Sunday Esan of the Corporate Communication Department of Dangote Group, said that the committee had also released N118 million to the National Emergency Management Agency (NEMA).

He said that this was to augment the N1.6 billion released by the Federal Government for procurement of food and non-food relief materials in aid of flood victims in 16 states.

He said that the committee was currently implementing the various projects in the 24 states affected by the 2012 nationwide floods.

Dangote said that the rationale behind the projects was to assist the benefiting states to better handle future emergencies, including flooding.