Aliko Dangote, has sold a 2.3 per cent stake in his cement firm, Dangote Cement, to foreign buyers.

According to Reuters, Dangote Industries Limited sold the stake in a stock market deal valued at N86.1 billion ($236 million).

The news agency reports that stock exchange confirmed the sale Tuesday, adding that a total of 416 million shares of Dangote Cement were traded at N210 in six off-market deals.

The traded deals, report said, were negotiated between Stanbic IBTC and Meristem stockbrokers. 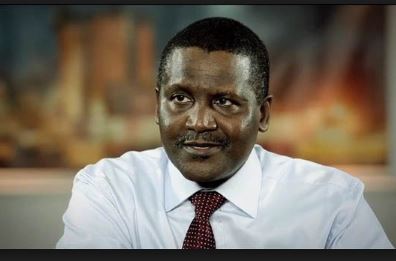 According to Dangote Cement spokesperson, the sale of stake deal was between Dangote Industries Limited and some foreign investors.

Dangote Cement makes up one third of the Nigerian Stock Exchange, NSE’s, total market capitalisation. On Tuesday, the company shed 0.68 percent, to value it at 3.79 trillion naira ($10.4 billion).

Sources said due to its heavy capitalisation, the company was yet to meet its minimum float requirement, thus making it difficult to find a buyer.