A former aide to Colonel Sambo Dasuki, the Ex-National Security Adviser, NSA on Tuesday dragged the Economic and Financial Crimes Commission, EFCC, before an Abuja High Court, demanding a N500m compensation over his illegal detention.

Nicholas Ashinze, a serving army colonel had through his lawyer, Mike Ozekhome instituted a fundamental rights suit against the EFCC, the Chief of Army Staff and the Nigerian Army.

He asked the Justice Yusuf Halilu-led court to issue an order declaring his arrest and detention by the anti-graft agency since December 23, as unlawful and also to issue an order preventing his re-arrest with a compensation of N500m. 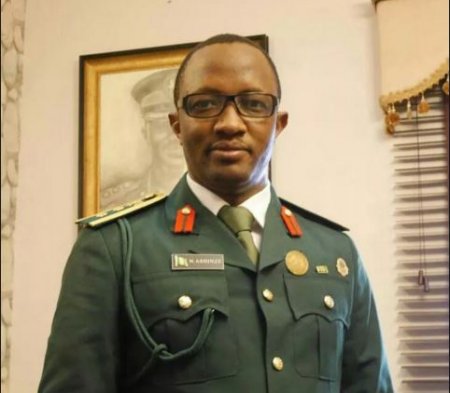 Ashinze urged the court to grant him bail on self-recognition, since the other parties to the matter were not present during sitting.

The judge, however, adjourned the matter to March 14.