IF anyone said to my hearing that a U.S. President – say, Ronald Reagan – was a Soviet spy during the Cold War, I would react incredulously and dismiss the statement outright. So would I if told, with the speaker expecting me to agree, that Chief Obafemi Awolowo, after declaring hunger a legitimate weapon of war and vowing to deploy it (through a total blockade) in strangling the Biafran war effort, was involved in a racket that supplied food (and other relief materials) to the Biafrans. I would react the same way if anyone alleged that Prof. Wole Soyinka, despite his obvious loathing for the great evil some believed the Abacha regime to be, was involved in laundering the so-called “Abacha loot” or engaged in some other unscrupulous venture with General Abacha.

Yes, I would not believe it, if anyone told me any of the above. And my doubt would deepen if the person claimed that, in Reagan’s case, it was the KGB that volunteered the information to him, or that it was the Biafran government in the case of Chief Awolowo, or a member of the Abacha family in the case of Prof. Soyinka. To believe such would amount to exhibiting a worse form of credulity than is expected of a simpleton. Reason: Certain claims are clearly improbable; and people or organisations under threat would not gratuitously divulge information that could jeopardise their survival.

As I would not believe it if any of the above allegations were made against former President Reagan, Chief Awolowo or Prof. Soyinka, except with incontrovertible evidence, so do I not believe the allegation by Stephen Davis, the Australian “cleric and hostage negotiator”, that the former Chief of Army Staff, General Azubuike Ihejirika, is one of the “sponsors” of Boko Haram, together with former Governor Modu Sheriff of Borno State and some other individual in the Central Bank of Nigeria whom Mr. Davis seems to lack the courage to name, and whom Prof. Soyinka did not name in his recent widely publicised article on the same subject titled “The Wages of Impunity”, in which he affirmed Mr. Davis’s accusation of Sheriff. 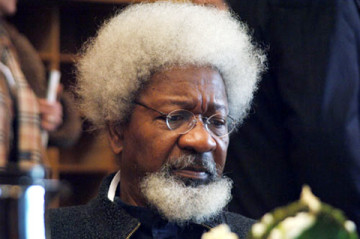 Jul 10, 2022
ese
E
K
Entertainment “I’m Misunderstood And The Reason Is That I Have Never Really Given Anyone A Chance To Know Who I Am” – Burna Boy – Naijaloaded