Vice-President Yemi Osinbajo has said that the Acting Chairman of the Economic and Financial Crimes Commission, Ibrahim Magu, remains the best man for the job despite the rejection of his nomination by the Senate twice.

Osinbajo said this in an interview he granted some journalists in Lagos.

His Senior Special Assistant on Media and Publicity, Mr. Laolu Akande, made the concluding part of the interview’s transcript available to journalists on Tuesda 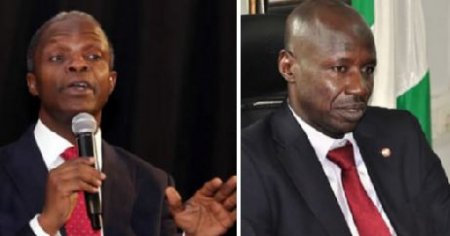 A
Politics Presidency Disowns Osinbajo Over Comment On Magu's Rejection

Dec 16, 2016
LequteMan
L
A
Politics What Magu Said About His Rejection By Nigerian Senate