World Donald Trump: I Will Lock Mugabe and Museveni In Prison If I Become President

US Presidential candidate and business mogul, Donald Trump has vowed to deal with Zimbabwean President Robert Mugabe and Ugandan President on notice, when he ascends to Presidency.

Speaking while addressing war veterans in Washington, Trump warned other like minded dictators who want to die in power, that their time is up and its just a matter of time before they face justice. 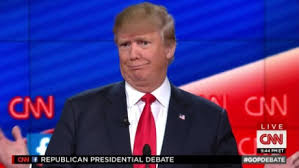 Mugabe and Museveni must be put on notice that their days are numbered and that I am going to arrest them and lock them in prison. If the past American administrations have failed to stop these two despots, I will personally do it”

Mugabe and Museveni have given the world enough troubles and its about time someone puts to an end all these madness for peace to prevail” said an unapologetic Trump.

Jul 10, 2022
ese
E
E
World 'These THUGS are dishonoring the memory of George Floyd, and I won’t let that happen' -Trump threatens to use military if the protests......- LIB

World President Trump Insists He Would Get a Nobel Prize, If ‘They Gave It Out Fairly’ – TIME