Fifty-six-year-old Washington Sumowah said he has lost his sight and sense of smell after being discharged from the Ebola treatment unit (ETU) within the compound of the John F. Kennedy Memorial Hospital in Monrovia.

Explaining his ordeal at his residence in Gbarnga, he said when he started feeling sick, he went to the Phebe Hospital for medical checkup and his specimen was taken and sent to Monrovia for testing.

“Two days later, I was asked by health authority at the Phebe Hospital that I needed to go to Monrovia at the JFK Hospital ETU for treatment and that is how I was taken to the treatment center,” Mr. Sumowah said.

He narrated that he was profusely sprayed with a chemical he identified as chlorine at the ETU, something he alleged might have been the cause of him losing his sight and sense of smell, the Daily Observer says.

“The chemical cut sore all over my body that made me to have sleepless nights for the past ten days” he declared displaying one of his photos.

After spending four days at the ETU, he said he was discharged by medical personnel when his second test conducted proved negative, which means that he is freed from the Ebola virus disease.

Medical records in the possession of the survivor, signed by Dr. J. Soka Moses, a Medical Doctor at the ETU, established that he (survivor) had suffered from multiple body pain, diarrhea, breathlessness, weakness, abdominal pain as well as muscle pain for the past two weeks before being taken to the JFK Ebola Treatment Unit. There is nowhere in the report pointing to him coming down with the virus 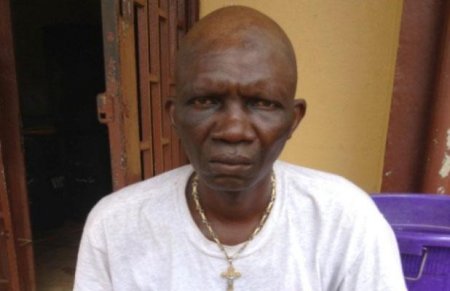