Ebonyi has recorded its first case of Avian Influenza infection (bird flu), as confirmed by the state’s Commissioner for Agriculture and Natural Resources, Mr Uchenna Orji.

Orji confirmed the virus’s detection on Sunday while interacting with newsmen who visited the affected poultry farm at Ugwuachara area of Abakaliki. 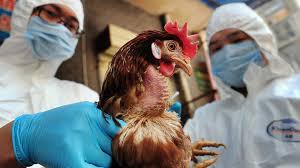 According to him, the attention of his ministry was drawn to the development, following massive death of about 400 birds at the farm. “Officials of the state veterinary services took the sample of a bird’s carcass to a research institute in Jos, where it was confirmed that the birds died from the H5NI strains of the Avian Influenza.

“I have directed the veterinary department of the ministry to isolate the farm and take inventory of all poultry and ancillary farms in the state. “We will also ensure sustained enlightenment on the influenza to educate the public on precautionary measures to take,” he said.