Curators
Economic and Financial Crimes Commission (EFCC) investigators have discovered that about N4billion was channeled through the account which former Finance Minister Mrs. Nenadi Usman operated for campaign funds purposes, it was learnt at the weekend. 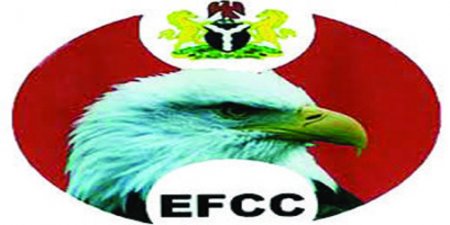 The account is titled “Joint Trust Dimension Nigeria Limited”. A substantial part of the funds was disbursed to People’s Democratic Party (PDP) chieftains ahead of last year’s general elections.

Mrs Usman, who has been detained since last Thursday, is being interrogated by operatives of the anti-graft agency in Lagos.

The EFCC is investigating the former Minister for allegedly collecting $400,000 (over N120million) from the Office of the National Security Adviser (ONSA) to alter the results of the presidential election from Yobe, Borno, Bauchi, Adamawa, Gombe and Kano. The cash is believed to have been allocated to bribe election officials.

But the ex-minister diverted the cash into personal commitments instead of using it to bribe officials of the Independent National Electoral Commission (INEC) to falsify the results as reported by The Nation.

All attempts by the administration of former President Goodluck Jonathan to retrieve the money from the former minister before the May 29, 2015 handover date failed.

An EFCC source said: “Mrs Usman was asked to report in our Lagos office so as to be able to secure a remand warrant which will assist us to interact with her.