Contrary to speculations that Benue State government has dumped the Justice Elizabeth Kpojime Judicial Commission of Enquiry report, which indicted former Governor, Gabriel Suswam, and 51 others for graft, Governor Samuel Ortom has said the Economic and Financial Crimes Commission (EFCC) has commenced investigation on the findings. 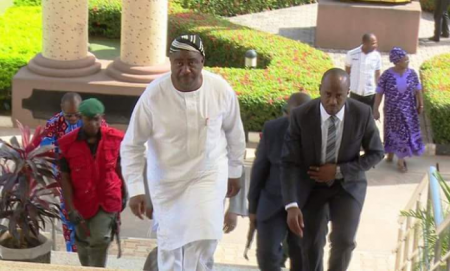 Ortom, who disclosed this during an interactive session with journalists in Makurdi, to commemorate his one year in office, said the EFCC officials in Enugu State have already paid assessment visit to Benue State and that each of the accused persons shall be prosecuted individually.

He said his administration would follow the rule of law in pursuing the matter and advised those who allegedly looted the state’s treasury to return the loot.