On Monday, Justice Olusegun Ogunyemi, lawyers, journalists and court room spectators fled for their lives when thugs stormed a the Ekiti State High Court during proceedings in a case challenging the eligibility of Governor-elect, Mr. Ayodele Fayose, to contest the June 21 governorship election. PUNCH has this story.

There was confusion on the premises of the Ekiti State High Court on Monday as hoodlums invaded the place to disrupt proceedings in a case challenging the eligibility of the Governor-elect, Mr. Ayodele Fayose, to contest the June 21 governorship election.

However, Fayose has since won the election.

The invasion took place shortly after the judge, Justice Olusegun Ogunyemi, refused an application to set aside an order abridging the time for the Peoples Democratic Party’s candidate to file his defence in the case filed on behalf of socio-political group, Ekiti-11 by a member, Mr. Femi Ajakaiye. The judge had adjourned sitting till 12 noon to prepare a ruling in a similar matter filed by the Citizen Popular Party before trouble started. 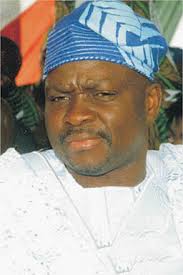