Elder statesman and former presidential adviser in the Second Republic, Tanko Yakasai, has urged support for the election of High Chief Raymond Dokpesi as the chairman of the Peoples Democratic Party, PDP at the forthcoming national convention billed for Port Harcourt.

He said this when Dokpesi led members of his campaign team to his Kano residence. 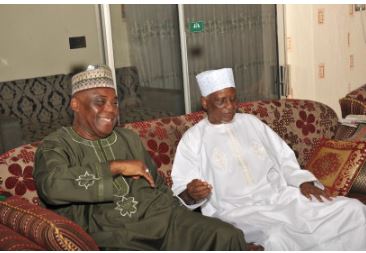 He said it is regrettable that political parties in the country are controlled by a few individuals who referred to themselves as party leaders, stressing that the idea is strange to the PDP, which was formed for the people.

“Like I said during the national conference, fate of Nigerians are in the hands of 37 persons- the president and 36 governors. The idea of calling someone party leader is strange to PDP. Other parties can have it but for PDP, it is power to the people,” he said.

Politics ‘Igbo must work hard to get power in 2023’ – Newtelegraph

Politics Osinbajo And Tinubu Might Run For Presidency in 2023 – Stella Dimoko Korkus.com