Curators
Super Eagles forward, Emmanuel Emenike has decided to hand his international boot after announcing his retirement on his Instagram page.

The 28-year-old Al Ain striker, who won the 2013 top scorer award at African Cup of Nations in South Africa said that his five years in the Green and White Jersey was indeed a pleasure.

He further disclosed: “For everybody that thinks I am the problem of Super Eagles, I am using this opportunity to give you a breaking and interesting news that I am no longer a Super Eagles player. It has always being my pleasure to play and win for the team.

“I am always proud of my successful years in the team and I am pleased to call it off at this point in order to avoid insults.”

Earlier this week, a top NFF official revealed that Sunday Oliseh has ran out of patience with the 20 year old forward, who hasn't scored for the team in almost 2 years now, as the coach prepeares to release his squad list for the world cup qualifiers against Swaziland in november.

Despite no longer playing in a "top league", Oliseh, a big admirer of the big striker, has picked him for his first four matches.

Coach Samson Siasia talked Emenike into playing for the Super Eagles and he made his long-awaited debut in February 2011 in a friendly against Sierra Leone in Lagos.

A top source close to the team revealed: “Oliseh is disappointed Emenike has not justified the confidence he has in him.

“He has been given his chance by the coach, who is now seriously considering Odion Ighalo to lead his attack against Swaziland next month.”

Lille goalkeeper Vincent Enyeama also took to Instagram to announce his retirement from international football after a much publicized row with coach Oliseh earlier this month. 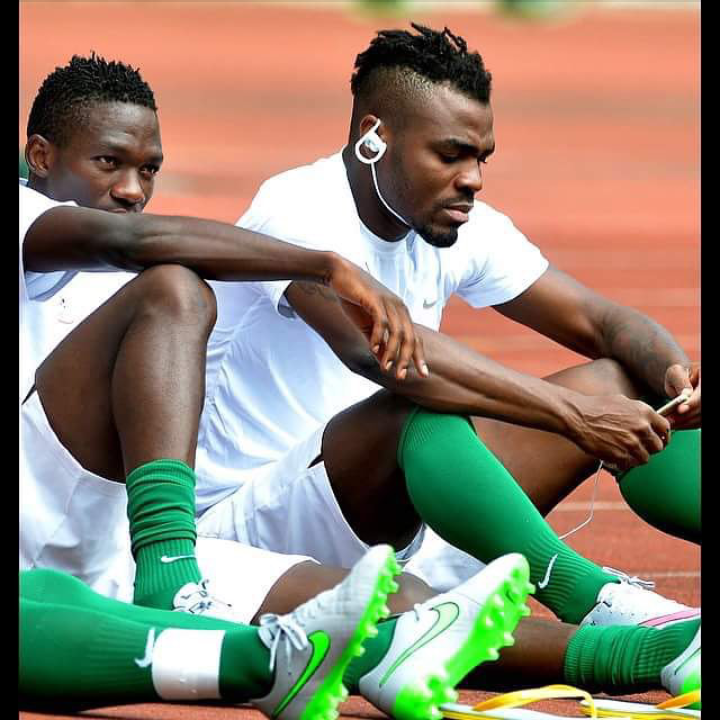 E
Metro The Pain Is Too Much For Me – Ex-Super Eagles International, Emmanuel Emenike Cries Out From Hospital Bed - Sahara Reporters