It is another exciting weekend in the English Premier League and already the competition has starting hotting up for teams.

Lots of derbies on the horizon,first up is the Merseyside derby between Liverpool and then the North London derby: Arsenal vs Tottenham.

In between all these matches,Manchester City,Manchester United and Chelsea will all be in action,so let's see what the managers have to say about their games.


Liverpool:
Liverpool manager Brendan Rodgers thinks his side looks "a little bit broken" this season due to the influx of new players to the club. "We know we need to be better, and to improve our performance level," he adds. "That's the key for us."

"Everton have been struggling too. Rodgers said. "They haven't had results they wanted, but they have quality. It'll be a tough game for us.

"Everton are a good side. They had a stable base and introduced a few more to that in the summer. (Manager) Roberto (Martinez) has done an excellent job."


Manchester United:
Coach Louis Van Gaal is bothered by the spate of injuries they have had to deal with. It is so bad that only Marcos Rojo is fit and available in United's first team to play at centre back.

"We have nine injuries and one suspension with Blackett," said Van Gaal.
"The younger players can have their chance now.

"Evans's bone is bruised. Smalling left yesterday's session because he had stiff legs. I won't take risks with players.

"I've never been in this position before (with injuries), that's strange. It's difficult to understand. We're evaluating what we can do in a different way."


Manchester City
Manuel Pellegrini is hoping that they replicate their feat in the League cup against Sheffield United,when they face Hull City.

"It was a very useful match (against Sheffield Wednesday) for our team," Pellegrini said.

"We were not scoring too many goals here at home. We did not win the last four games. We did not play badly but we didn't win.

"It is always important to win in the way we did on Wednesday and I hope this can continue in the future - especially tomorrow(Saturday) against Hull because in the Premier League, we cannot drop many points."

"Hull is a difficult team to play away. Last year, it was not one of our best games because Vincent Kompany was sent off in the first 10 minutes but we played really well and we won," he said.

Chelsea:
Jose Mourinho confirmed that Diego Costa will be available for the game against Aston Villa but ruled out Ramires.

"He plays tomorrow and he starts the game without problems," said Mourinho of Costa in a press conference on Friday.

"The question is always the same, can he finish the game and be in condition to play in Lisbon 48 hours later?

"It is a question that in this moment I don't know because I don't think about Sporting and the Champions League, I think about Aston Villa and the Premier League.

On Ramires,he said:"It is a muscular injury so he's not to play Tuesday or to play against Arsenal [next Sunday]," he said. "He needs the international two weeks break, he needs that time so maybe he can be back after that."


Arsenal:
Arsene Wenger on the game against Tottenham said: "North London derbies are always very intense and the players from both sides know each other so well,"he said.

"Over the years Tottenham have always had a good team and for us to be on top of them means we can fight for the top of the league.

"These games are important moments in the season." 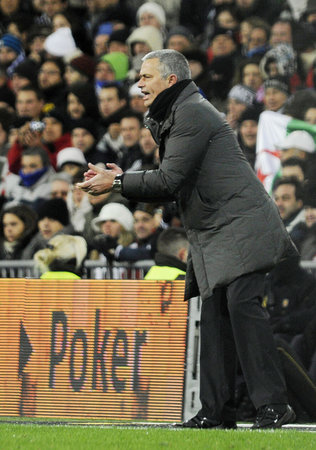