Erectile Dysfunction: A Cup of Coffee A Day Could Be All You Need

The scourge of erectile dysfunction is a real-life problem that is confronting many couples in societies across the globe. In fact, numerous studies have revealed that approximately 40% of males experience it once in a while and that it only becomes a problem when it is recurrent or persistent. 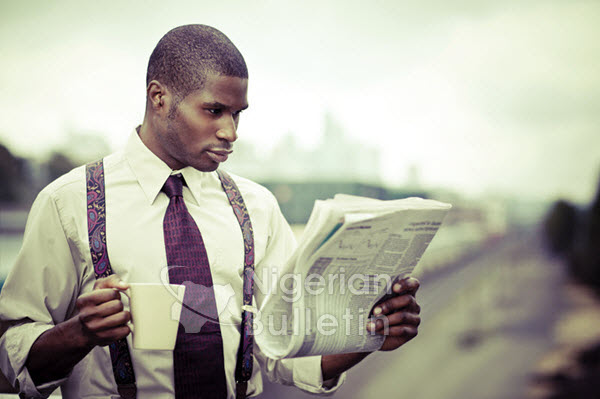 What is erectile dysfunction? It simply refers to the inability of a man to achieve and maintain erection during sexual activity. It is sometimes known as impotence. Arguably, impotence is a particularly disturbing challenge with far-reaching implications for both the affected couple and the society at large.

First, it is a major cause of male-factor infertility which deprives many couples of the opportunity to bear their own children. It also goes without saying that countless marriages have failed and many are already on the verge of failure because the man is not able to satisfy his wife sexually, notably because he cannot achieve sustained erections. More often than not, this man is stripped of every sense of self-esteem and readily goes into depression which further compounds his problem of erectile dysfunction.

Before we proceed, it is necessary to understand the physiological processes that culminate in a normal erection. The process of erection is set in motion when a man is sexually stimulated and the brain subsequently sends chemical signals through the nerves to tell the sponge-like cavernosal smooth muscles of the penis to relax. As a result, blood flow to the penis increases and like a sponge, the corpus cavernosum gets filled with blood and erection ensues. Following ejaculation, however, the trapped blood is released and the penis begins to relax in preparation for another cycle of erection.

Unfortunately, several risk factors militate against erection at different levels right from advancing age to numerous diseases such as diabetes, hypertension and obesity. Statistics have shown that approximately 40% of men suffer from erectile problems at the age of 40 years whereas among those who are 70 years and above, the prevalence could be as high as 70%. This underscores the importance of the age factor. Also, diabetes, hypertension and obesity are dreaded conditions that can damage both the blood vessels and the nerves supplying the penis and thereby interfere with erection.

Atherosclerosis often associated with these conditions narrows or occludes the blood vessels leading to the penis. However, did you know that erectile dysfunction can also be purely psychological due to stress, anxiety, fear or depression in which case nothing is wrong with the sexual organ itself?

For couples who have been grappling with this menace, here is good news for you: a cup or two of coffee a day may just be the way out of your predicament. How? In one stride, coffee can alleviate both the physical and psychological factors implicated in erectile dysfunction. It contains caffeine which has demonstrated viagra-like effects leading to the relaxation of the helicine arteries of the penis. This evidently boosts blood flow to the organ resulting in sustained erection.

To buttress the potency and efficacy of coffee for the treatment of impotence, the University of Texas Health Centre embarked on a research in which they discovered that men who consumed about 1 - 2 cups of coffee a day were 42% less likely to develop erectile dysfunction compared to others. It was further observed that coffee could even reverse erectile dysfunction that occured as a result of hypertension and obesity. Obviously, this demonstrates that a drink of coffee may be quite useful in both preventing and treating erectile dysfunction.

In the same vein, the United States Dietary Guidelines Advisory Committee recommends 3 - 5 cups of coffee a day to reduce the risk of type 2 diabetes and heart disease both of which are key culprits in erectile dysfunction. Furthermore, the icing on the cake is that caffeine is known to decrease fatigue and enhance your mood. Understandably, this can boost your libido and sexual performance.

In conclusion, I like to stress that while coffee is good for your sexual health, cigarette smoking has the ability to erode whatever benefit you may have derived from your cup of coffee. Therefore quit smoking and enjoy a fulfilling sexual life!
Last edited by a moderator: Sep 25, 2015

Sexual Health Please don’t use toothpaste as a lubricant – Metro.co.uk

Sexual Health Erectile Dysfunction Facts: How Common Is It? – KLKN