Curators
Euro 2016 has been a pretty decent tournament by most accounts – there have been some wonderful moments and a few memorable games.

But where major football tournaments come into their own is the weird stuff, the unexpected moments and the downright hilarious. On that front, Euro 2016 has excelled.

Here, we take a look the best moments: 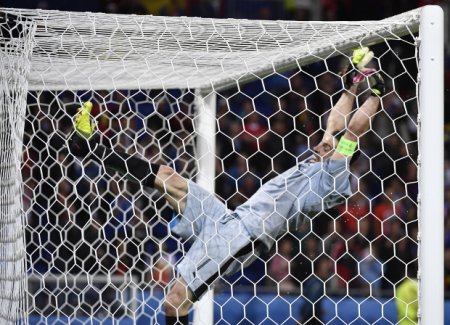 Gianluigi Buffon is arguably the safest pair of hands ever seen in goal but as he celebrated Italy’s win over Belgium he proved he was fallible. After the 2-0 triumph the Juventus goalkeeper ran the length of the pitch, jumped up to hang off the cross bar but lost his grip and fell off. Not cool. 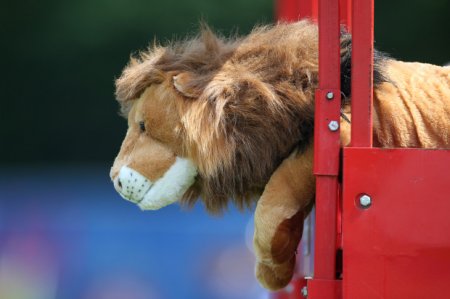 It was the question everyone was asking about the England team. No, not are they going to win the tournament but why is Chris Smalling carrying around a cuddly toy? In a bid to foster a camaraderie among the squad players took it in turns to take care of the soft lion. Nice idea. Didn’t really help matters though did it.

3. The Vikings are coming!

That was the reaction to Iceland’s amazing simultaneous clap/terrifying war cry. It was so good other nations even stole it as the tournament progressed.

4. In the middle of enemies 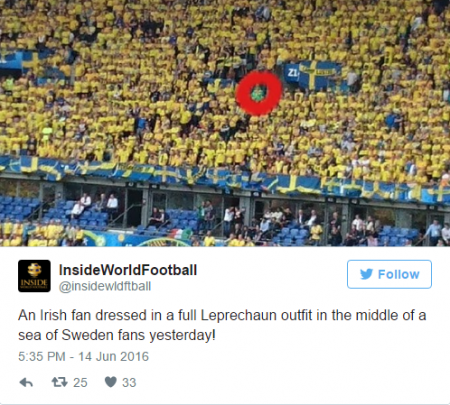 Many fans have worn fancy dress during the tournament but among the bottles of ketchup and superheroes spotted in the stands, this Ireland fan stood out more than any other. Being in the Sweden end probably helped.

Sports EURO 2016: [VIDEO] The Disgusting Thing Germany Coach Did During Match With Ukraine

Sports German Coach Joachim Low Caught in Another ‘Scratch and Sniff’ Incident [VIDEO]
Everyone watching Germany’s group game against Ukraine gasped in unison as Joachim Low put his hand down his trousers and then sniffed the tips of his fingers. Why did he do it? Not even he knows. ‘I’m sorry for it,’ he said after the match. ‘When you’re full of adrenalin, things happen that you don’t perceive.’ In another match, against Slovakia, he sniffed his armpit. What will he say about that, apologise again? 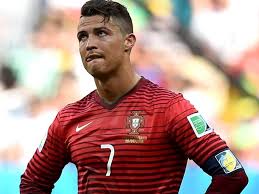 Cristiano Ronaldo is undoubtedly among the greatest players of all time. He is also annoyingly arrogant. CR7 showed off his nasty side when he talked about Iceland’s ‘small mentality’ after Portugal had failed to break down the minnows of the competition. So when in the next game Ronaldo fluffed a penalty against Austria the miss was as funny as it was surprising.

7. Wales do the Haka

During the tournament the Wales team were filmed celebrating Iceland’s win over England, something any Englishman will tell you was not amusing. But it was definitely funny when they did the Haka in only their underpants. Neil Taylor, Wayne Hennessey and Jonny Williams were filmed in the changing rooms performing the Maori war dance, despite having only just been eliminated from the tournament.