President Michel Temer of Brazil has blamed bad vibes and even ghosts for driving him out of Alvorada Palace, his official residence.

According to Brazilian News Weekly, Temer surprised many people when he announced that he has left the presidential palace.

Alongside his former beauty queen wife and seven-year-old son, he relocated down the road to the residence of the vice-president. 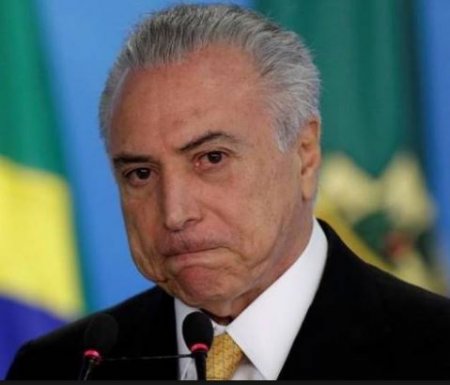 “I felt something strange there. I wasn’t able to sleep right from the first night,” he was quoted as saying.

“We even started to wonder: could there be ghosts?” he reportedly quipped to a newspaper.

According to a report in Globo newspaper, Marcela brought in a priest to attempt to drive out any evil spirits, but to no avail.

The Temers then moved to the still luxurious but smaller Jaburu Palace nearby.

Temer moved into the presidential quarters after succeeding Dilma Rousseff, the immediate past president, who was impeached for breaking budget accounting laws.