Curators
Former Finance Minister, Senator Esther Nenadi Usman, has returned N140 million out of the N2.5 billion she allegedly received from the office of the former National Security Adviser ahead of the 2015 Presidential elections. 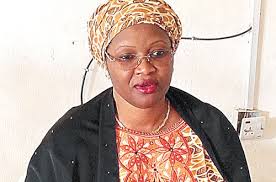 In addition, the former Senator, who served as the Director of Finance for the Peoples Democratic Party, PDP, Presidential Campaign Organisation, has surrendered two of her houses located in Abuja to the Federal Government as a condition for her release from the custody of Economic and Financial Crimes Commission, EFCC.

A top source in the commission, who confirmed the figures to Vanguard, hinted that the former Finance Minister might be released on bail on health grounds, given the amount of money and the property she has forfeited to the government in lieu of what she collected.

Although the source said the commission had obtained a court order to keep her beyond the stipulated time to interrogate her further, it was learned that an undisclosed health challenge facing her had compelled the operatives to consider granting her administrative bail to seek medical attention.

According to findings, the former minister is being quizzed over various sums of money, which were paid into her account, including the N2.5 billion which was transferred out of Central Bank of Nigeria, CBN, into her account. In addition, N140 million cash was allegedly paid into her Zenith Bank Account in January 2015.