Politics EXCLUSIVE: Jonathan was under pressure to prosecute Buhari over certificate, says Adoke in new book - The Cable

Curators
President Goodluck Jonathan came under pressure to prosecute Candidate Muhammadu Buhari over various allegations in the run-up to the 2015 presidential election — but he declined and eventually lost to the former military head of state.

Mohammed Bello Adoke, who was attorney-general of the federation and minister of justice under Jonathan, made this revelation in his memoirs, “Burden of Service: The Reminiscences of Nigeria’s Former Attorney-General”, which is due for release in Nigeria on September 16. 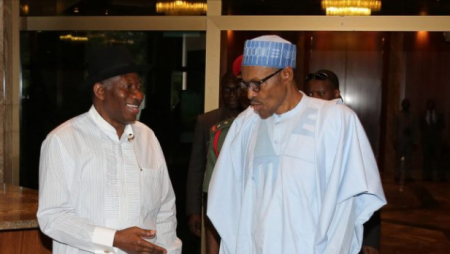