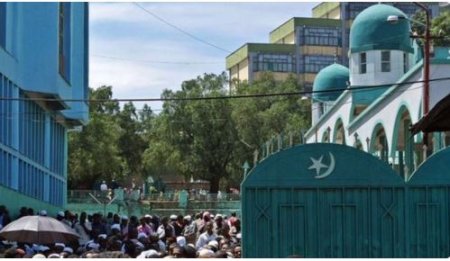 Authorities are unsure who is behind the attack at the Grand Anwar Mosque but are investigating, Information Minister Getachew Reda said.

The Addis Standard earlier reported the noise heard in the area was the result of an electrical pole collapsing.

A court in Ethiopia sentenced 18 Muslims, including clerics and a journalist, to up to 22 years in prison under controversial anti-terrorism legislation in August.