Curators
The English Football Association have slammed a one-match stadium ban and a £50 000 fine on Chelsea manager, Jose Mourinho, following his comments after losing to Southampton in their last EPL game. 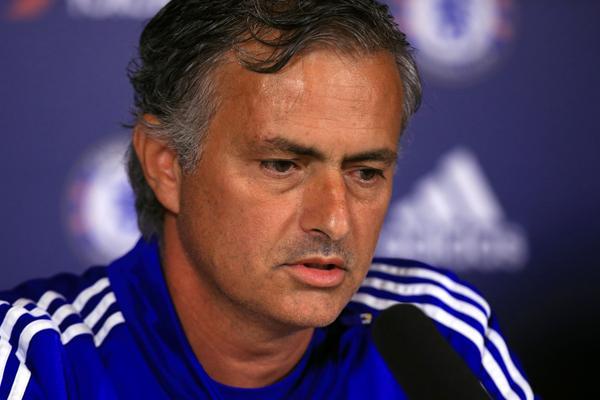 The Portuguese-born manager claimed that match officials are "afraid" to award his team penalties after Chelsea went down 3-1 to the Saints in the Stamford Bridge clash on October 3.

He was unhappy that a spot-kick was not awarded to his side when forward Radamel Falcao went down under a challenge by Saints goalkeeper Maarten Stekelenburg.

"Jose Mourinho has been given a suspended one-match stadium ban and fined £50 000 after he admitted a breach of FA Rules in relation to post-match media comments," a statement from the governing body read.

"The Chelsea manager was charged for misconduct following the game against Southampton on Saturday 3 October 2015.

"It was alleged his remarks constituted improper conduct in that they alleged and/or implied bias on the part of a match official or match officials and/or brought the game into disrepute.

"Mr Mourinho's suspended stadium ban will be immediately invoked should he be found by an Independent Regulatory Commission to have committed a further breach of FA Rule E3 for any comment or statement to or through the media before 13 October 2016."

The Blues are currently swimming in the relegation waters after kicking off their title defence on a low with just eight points from eight games before hosting Aston Villa on Saturday.

Meanwhile, the club may sack the coach if he fails to pull himself together and revive the team chances of playing in Europe next season, even if they can't win the title this season.