Femi Falana, senior advocate of Nigeria (SAN) and human rights lawyer, says the court order for Omoyele Sowore’s release did not authorise the Department of State Services (DSS) to verify his sureties.

Sowore has been in detention since August 3 when he was arrested on the eve of his planned nationwide protest.

A federal high court in Abuja granted him bail, but the DSS has refused to release him.

The secret police said it would not release him until the identities of those who stood as sureties for him are verified. 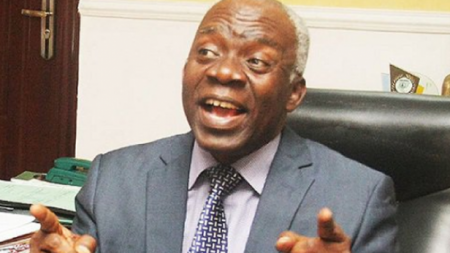 Sep 24, 2019
ese
E
E
Metro We shall meet in court, Falana tells DSS over refusal to release Sowore - The Cable