Former Minister of Aviation, Chief Femi Fani- Kayode, has stated President Muhammadu Buhari, had either lost his memory or was not well-informed when he told Nigerians that he inherited nothing from the PDP administrations of Olusegun Obasanjo, Umaru Musa Yar’Adua and Goodluck Jonathan. 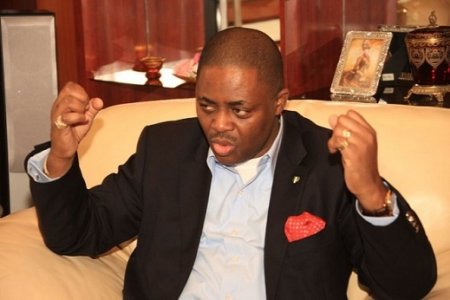 The ex-Spokesman of Goodluck Jonathan Presidential Campaign Organisation told Vanguard that President Buhari had in the last one year and three months, brought nothing but chaos, destruction, division, fear, deaths and shame to Nigeria compared to the PDP governments he was ridiculing.

He said, “It is obvious that President Muhammadu Buhari has either lost his memory or he has been badly misinformed.

“If you compare Nigeria in 2015 by the time Jonathan left to 1999 before Obasanjo came in, you will have to thank the PDP for lifting this nation up and taking us from strength to strength.

“By the time Jonathan left in 2015, we had the largest economy on the African Continent and the fastest growing economy in the world, among other things.

“In one year and three months, all of that have been destroyed by President Buhari and his APC, we are now back in the dark ages. Every sector in the country has been destroyed and everyone is complaining.

“When he insults PDP legacy and said that nothing was ever done by PDP in 16 years, he is insulting those 70 per cent that put him in power starting with Obasanjo and I think that this is most unfair and very ungrateful of him.”

Dec 10, 2020
ese
E
K
Politics ”It is absolutely clear to me that the perception that we had in the pastÂ is clearly wrong”- FFK speaks about President Buhari and the APC after.....

Metro I fear nobody, I have four lions in me – Fani-Kayode – P.M. News