He said, “such judicial rascality and conspiracy displayed in Taraba State must not be allowed to go unquestioned.” 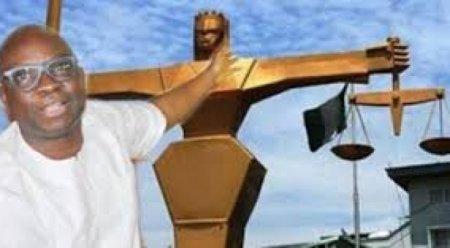 According to him, from the verdict and others involving the Peoples Democratic Party (PDP), it appeared there were different laws being applied to similar cases by the election tribunal.

“Even when a judge has to exercise his discretion in a matter before him, such discretion must be exercised judicially and judiciously.”

A statement signed by his Special Assistant on Public Communications and New Media, Lere Olayinka, he said, “instead of calling for Fayose’s head that they can never get, the judiciary must in the interest of democracy and Rule of Law purge itself of cash and carry judges that are daily giving tainted and contradictory judgments.”