The National Commissioner in the commission, Anthonia Simbine, made this known in Abuja on Saturday while briefing journalists on the election.

Ms. Simbine, however, announced that arrangement had been made for another exercise to be conducted in the affected units on Sunday. 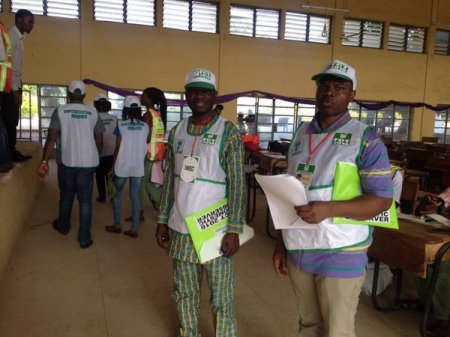 Ms. Simbine said that collation was still ongoing and that the results were expected to start trickling into headquarters from midnight.

She expressed satisfaction at the conduct of the election “and the doggedness of the officials and the voters in spite of the heavy rainfall.”