The company said its after-tax profit fell 82 percent year-on-year to N15.1 billion in 2015 compared with N84 billion recorded in the previous year. 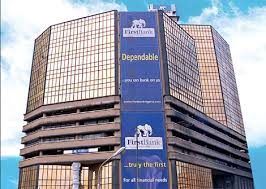 In the year under review, FBN Holdings said basic per share earnings fell to 43 kobo as against N2.35 recorded in the previous year.

The company’s stock rose 2.42 percent to N3.39 on the Nigerian Stock Exchange on Tuesday.