Bashir Ahmad, an aide to President Muhammadu Buhari on new media, has been criticised on social media for tweeting that Godswill Akpabio, a former governor of Akwa Ibom state, made the list of ministerial nominees.

Ahmad had suggested that Akpabio was corrupt in a tweet back in 2016.

A screenshot of the tweet now deleted read: “Moves by Sen. Godswill Akpabio to hurriedly withdraw over $7.2b secretly stashed in the UAE have been blocked by the CBN and EFCC.” 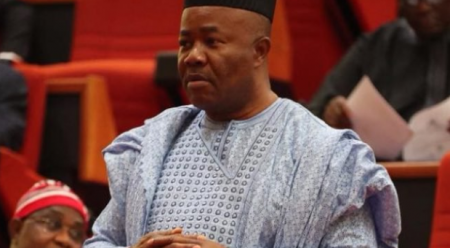