World Forbes Releases LIST of 2016 Richest People In The World

The influential magazine, Forbes has released the list of world’s richest people with their aggregate net worth.

Bill Gates is still No. 1, though turbulent stock markets shuffled the ranks near the top of the list. China added 70 new 10-figure fortunes, but the U.S. still leads the world with 540 billionaires. The new youngest billionaire in the world is a 19-year-old from Norway.

Here are the list of 10 most richest people in the world: 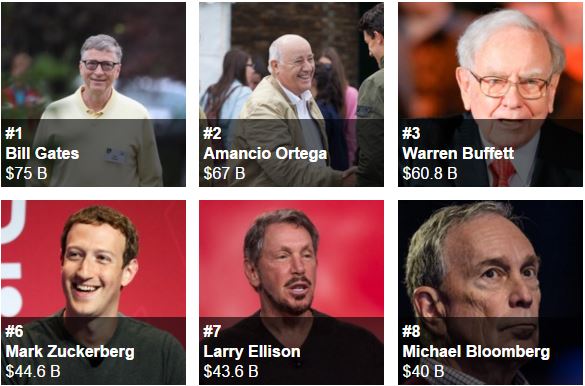