He died Monday at a private hospital in Abuja after a protracted illness and was buried same day.

Bomoi was the 13th DG of NYSC and was the second ex-corps member to head the scheme.

He was appointed DG in October 2004 and served till January 2009. He is survived by a wife and children.

Bomoi was born in Potiskum, Yobe State. He attended Fika Government Secondary School, Potiskum and passed out in 1975. 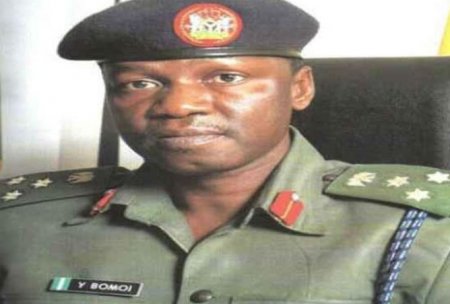 Director General, NYSC, Brigadier General Sulaiman Kazaure, as well as staff of the scheme, also visited to condole with the family.

Speaking yesterday during his visit to the family, Brigadier General Kazaure described the former DG as an achiever throughout his career.