Two sailors were kidnapped after a ship belonging to French oil industry services group, Bourbon was attacked in the waters off Nigeria’s coast, the company said Wednesday.

“The Bourbon Liberty 251, was the object of an attack off Nigeria on Tuesday where two crew members of Nigerian and Russian nationalities are considered as abducted,” Bourbon said in a statement. 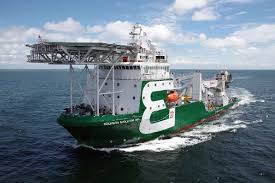 “The ten other crew members are back on board the vessel in Onne port (in Nigeria), safe and sound,” it added.
Bourbon operates a fleet of light, fast cruisers called Surfers that are used to move professionals to offshore oil and gas sites, especially in West Africa.

One of its speedboats was boarded off Nigeria and three crew members were kidnapped but were later released in April last year.

K
Osogbo to Kaduna: 26 Brutish Hours on a Nigerian Train [2]