French MPs have passed a law criminalising paying for sex with up to a 1.3 million naira (£3,027) fine against anybody paying for sexual act.

According to a report by the BBC it has taken two years to pass the law due to differences between the two houses of parliament.

Those convicted would also have to attend classes to learn about the conditions faced by prostitutes.

Some sex workers protested against the law during the final debate. 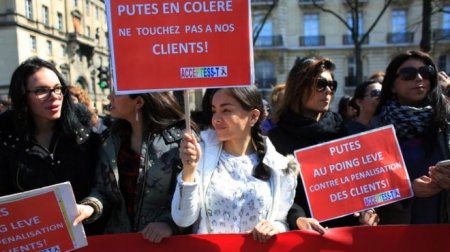 The demonstrators outside parliament in Paris, numbering about 60, carried banners and placards one of which read: "Don't liberate me, I'll take care of myself".

Members of the Strass sex workers' union say the law will affect the livelihoods of France's sex workers, estimated to number between 30,000 and 40,000.