Curators
The Igbo Youth Movement, (IYM) has lamented the spate of killings perpetrated by Fulani herdsmen in the Southern different parts of the country. 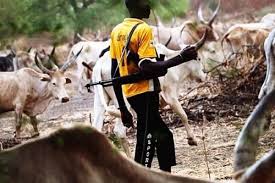 The movement said that the herdsmen have killed 710 other Nigerians excluding the 48 Agatu people in Benue State in the last 10 months without the Federal Government addressing the issue.

IYM made this known while reacting to the Monday’s killing of about 40 indigenes of Nimbo in Uzo Uwani Local Government Area of Enugu State by Fulani herdsmen.

The statement signed by the Founder of the IYM and Leader of the South East Democratic Coalition, Evangelist Elliot Uko, entitled, ‘Ten Months of Carnage,’ read: “Between June 2015 and April 2016, Fulani herdsmen have killed over 710 Nigerians (excluding Agatu incident) in 48 recorded incidents, the highest in recent years.

“For the first time, the nation’s Department of State Services, DSS, only interest in these avoidable blood baths, seems only to accuse one organization of killing five Fulani. That accusation is yet to be substantiated with photographs or at least a DSS invitation to media people to the graves in order to corroborate their allegations.

The movement called on the 17 southern governors to convene a meeting ‘immediately’ with the traditional rulers to find a lasting solution to the problem.