At least 23 Nigerians are on the death row in Saudi Arabia for “drug-related offences”, The Nation is reporting.

Citing a document, the newspaper said the Nigerians were convicted for contravening the narcotic and psychotropic substances control law, which is punishable by death. 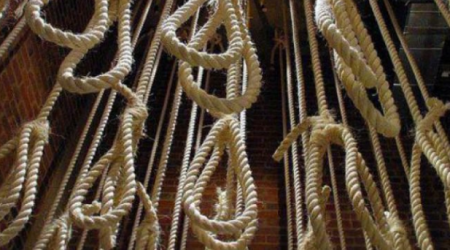 Feb 28, 2022
Kayode Israel
K
K
Metro “Will you stop talking over me?” David Hundeyin and Abike Dabiri-Erewa get into heated debate on radio over death of Nigerian woman, Itunu, wrongly...